This is my journey into, through and out of auratransformation, written from my point of wiew and with my feelings about it. These words are not an objective wiew on the treatment fenomen called auratransformation and are not a guideline to anyone. Every person has his or her path and challengers in life and these words are only an explanation why I choosed to remove my auratransformation, and the addition I got as an aura mediator. Maybe someone has been thinking about this and has questions that needs to be answered. If my words do that I am grateful.

My journey started in mars 2011. I have a background in spiritual development, including Reiki Master and spiritual and medial guidance. My health wasn’t the best and I have pretty much all my life felt like an ufo on Earth, I was longing for home. Home for me was when I travelled with my guides and angels on astral travels. Then I really felt at home with myself. In this material world I had struggled to adapt and I was very sensitive of other energies and oppinions. When I couldn’t avoid confrontations I often did what was easiest for the moment even if that made it worse later. I was so focused on others harmony and their oppinion of me that I often did what was bad for me. Later you have to pay for that. I paid with my health.

I had worked with myself for many years, got rid of old, bad habits and oppinions and parcipitated in a cours called The Inner Yourney. The Inner Yourney is based on the Minnesota model for mental and emotional treatment of addiction. My addiction was that I had become dependent on my husband because of my health. During that time I learned to locate, process and let go of spiritual, mental and emotional garbage. That time helped me a lot but as many other methods it can only help you as long as the method has higher energy than your own. When the method couldn’t help me any more I had to move on. I knes that our spiritual development never ends during our lifetime.

So, in mars 2011 the next step in my development came into my life, Auratransformation, further on called AT. I had just started an advanced medial education but I had to quit because it didn’t help me find what I was looking for. When I got my AT I fell in love with life. Finally I felt being in my body and I couldn’t run from myself anymore like I had when it was turbulent around me. I now came to awareness of that I had left my body when things got ruff. Now I couldn’t do that anymore.

Through the AT I came to be anchored to my body, felt my body and could remain in my energy for myself. Earlier I had given my energy to everything and everybody so that it would be so harmonious as possible around me, without any energy left for myself. I now understod why I was tired and felt drained so often. After I got the AT I started to say no, say what I wanted and what I could accept when I needed to. This was wonderful, I felt like I was high for months. The spring 2011 was fantastic and I experienced the nature waking up from the long winter, exploding in so many green tones I never knew existed. The fall same year I took the course to be an Aura Mediator. I thought I finally found the method I needed to help other to a fantastic life.

The same time I got my AT, all of my spiritual guides and contact with angels disappeared. We had been together for many years and we had worked together helping others. The loss was great. I tried to get the connection again but I couldn’t. I had also learned that an AT cannot be removed so I had to find new ways.

The woman who has introduced AT to the world was an astrologer before. I am an astrologer, numerologer and regression therapist and asked her for her oppinion on my services. I interpreted her answer that my services had no meaning anymore, they wouldn’t work in the new time. So I removed everything from my services except AT. All Aura Mediators were encouraged to work in our special ways and talk about AT in our special niche. A year later, this woman told me I wouldn’t work with AT anymore, that it wasn’t the thing for me. I was very confused. What shall I work with then? I had nothing else. Shortly after that we had our differences and I stopped being active on facebook, in AT groups and so on. I took a step back to contemplate over my situation.

After a while I got so angry that I went back to astrology, numerology and regression therapy. I started testing them one by one and found they still work and they work fine even on those who has had an AT. Now I got proof that it worked and I started working with them as well as performing AT.

The next step was to check out chakras. The woman claimed that children born after 1995 has only three chakras and children born after 2007 only has one chakra. People who go through an AT merge the chakras together, first to three and later on to one chakra. I had to check. I meditated and asked Archangel Michael and Archangel Raphael to protect me and give me a sign if the chakra meditation wasn’t good for me. I had a wonderful time and realized that in fact I did have all my seven chakras left as before.

I tested regression therapy on a friend who was both regression therapist and also had an AT. It went well. My friend reached an earlier life. Another test I did was going to a therapist who hasn’t got an AT which we had been warned not to do. I had massage and cranio sacral therapy from a non AT therapist and it was no problem. It helped me without the unbalance we had learned would be the result. This confirmed that it’s more important to listen to your own feeling and experience than to others.

Those clients I had for AT often asked me questions like if their partner also needed an AT now or if they could go to a non at therapist. My answer was that if it feels right for you it is right for you.

The last year (2016) my husband and I have had a ruff time to get everything to work in life. Our health has also been worse and we both have been transported to hospital by ambulance. The last year I also been in contact with more and more people who had their AT removed. But that’s not possible, or..? I read a blog by a therapist who had spent hours removing an AT and what she had discovered was really scary. I struggled to believe it but it didn’t leave me. I found more stories, not so scary but very clear.

I reached the bottom when my first client, who I performed an AT on, got in touch with me to tell me that she had removed her AT. I talked to my husband and we got in touch with some friends we knew had removed AT. We asked about their oppinion on AT and their answers convinced us to remove ours.

May 25 2017 we got rid of our ATs. During the treatment I felt excited and happy. It didn’t take long before I felt I was not alone in the room and my ”old” guides and new ones and angels appeared. I’ve got three new spirit animals who always follows me. My crown chakra was repaired and a big blocking was removed from my right hand so that I could write again. This made me very happy because just before my AT I had started channelling an Archangel but it stopped because the contact was broken. I’m really looking forward to start writing again, its so enriching.

The last year with the AT I had a feeling that I was locked in a box. A box that was so closed so I couldn’t feel other peoples energy, only se and hear them with my physical senses. Or as a good friend of mine explained it: like being in an aquarium full of algiers and the air pump has stopped working. Lately I’ve had trouble being around other people, being afraid of them because I couldn’t feel them. It’s very frightening, as a high sensitive person I’m used to feel other peoples energiers. As a Lightworker it’s a blessing to be high sensitive, it’s the primary tool to help others.

I thought that the AT took me a step up in frequence but that was an illusion. It became easier to maintain my own energy but the AT locked me in with them. When I got used to the new situation I was stuck. I stagnated. For me it was very important to get rid of the limiting AT. I want to be ready for the rising energy here on Earth, I want to continue my spiritual development, I want to be able to absorb the Golden and Diamond energies. That is not possible with an AT. I hope I will come over the feeling of being fooled and manipulated soon and only see this time as a useful experience.

I will try to sum up the things that’s been positive for me and what has been negative.

Read (if you dare): Auratransformation is the curse of the new age

If you like to get in touch with me the easiest way is by e-mail:
lena.ellingsson@lenaellingsson.se

My spiritual page (in Swedish): innersource.se 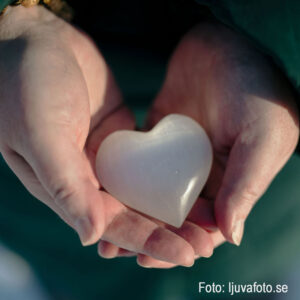